Things that are sweet are killers


One who constantly disagrees will agree on the death mat


Death does not recognize the chief


The corpse does not know that it is being mourned


Where there is a dead body, both criers and laughers are found


A poor person thinks about money more than death


He who will go tomorrow finds tomorrow has already gone 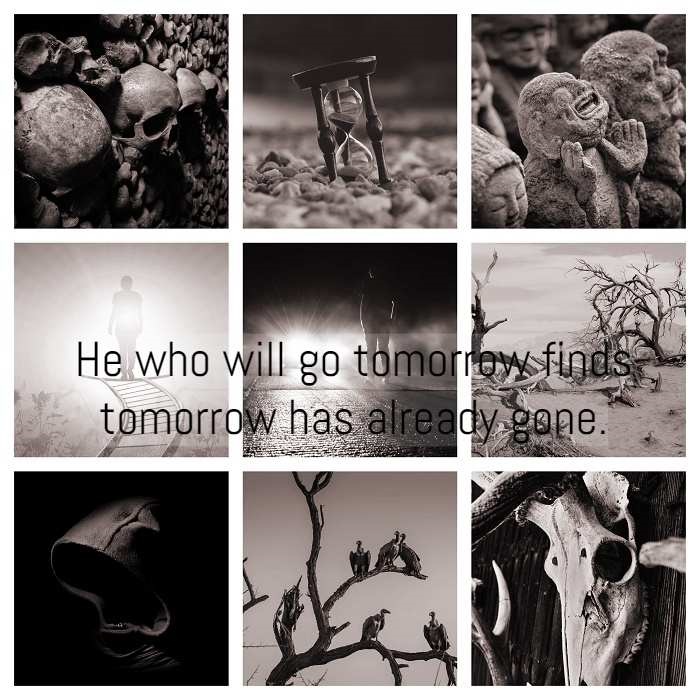