Majority of the bushmeat harvested in the Congo Basin consists of the porcupine, pouched rat, and small antelopes. Monkeys are hunted in large numbers in some areas, but they represent a small percentage of bushmeat.

In rural areas of the Congo basin around 70 percent of the inhabitants depend on bushmeat for their protein intake since there is no livestock in the 3.7 million square kilometers or 1.4 million square miles of Congo basin. Also referred to as earth's 2nd lungs, due to its size, much is still unknown about the Congo basin.
The Congo basin is the 2nd largest rainforest in the world covering seven African countries, Cameroon, Central African Republic, Congo Republic, Democratic Republic of Congo, Gabon, Equatorial Guinea and small areas of Nigeria and Angola with about half lying within the Democratic Republic of Congo. Bushmeat is very important to the lives of millions living in the Congo basin.

Armed with a long spear, a machete, and a wire for setting traps, Tamanga Ekwayoli is chasing wildlife. According to CIFOR, Ekwayoli lives in a village bordering the Lac Tumba-Lediima Forest Reserve near Lukolela in the Democratic Republic of Congo, DRC.

He has been hunting for most of his life. “I love hunting because I can earn money quickly if God helps me today, I can catch some animals, like monkeys, wild boar or antelopes. If I catch 4 or 5 animals, I sell some and keep some for my family. If the catch is not much, I keep it for my family.”

But too often, he says, he doesn't have any surplus. “When I started hunting, there were a lot of animals, I used to catch more monkeys, wild boar, porcupine, chimpanzee, and antelopes to sell in the village. These are the types of animals villagers prefer, but they are becoming harder and harder to find.”

Jeanne Mwakembe sells bushmeat at the Moutuka Nunene market in Lukolela village in the DRC. According to CIFOR Mwakembe says “We source our animals from hunters who have been in the forest. In these forests, there are crocodiles, monkeys, antelopes, squirrels, porcupines and sometimes, we get elephants. In our village, a lot of people eat bush meat, but the prized animals are getting rarer. With just two animals, one can make a lot of money, but now, sometimes I travel for two days, leaving my husband and children at home, and I still come back empty-handed, we are very worried.” 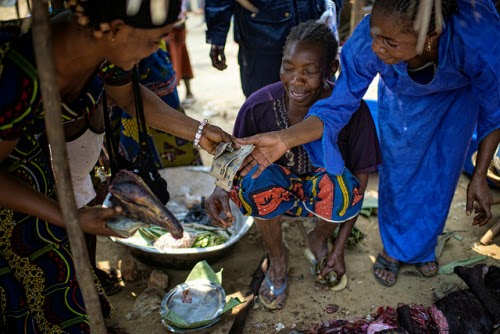 Mapima has spent nearly 30 years in conservation and is the Chief Administrator of the Lac Tumba-Lediima Forest Reserve. According to CIFOR, Mapima says there’s been an increase in the amount of hunting in and around the reserve, “Traditionally, hunting was done mainly for subsistence, for family consumption. However, people are increasingly engaging in commercial hunting, which is progressing fast.

Commercial huntings can be traced back to poverty, to lack of other means of livelihood for the population. That’s why the people are hunting, to buy medication for the children, to buy clothing. However, we stand the risk of the extinction of some species". Mapima’s tough stance has not endeared his team to the surrounding population. The forest guards face the threat of violence from villagers angry about the restrictions, and access to food has become a problem. 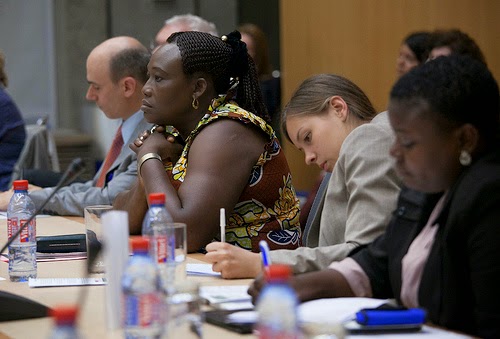 Centre for International Forestry Research  Bushmeat Scientist Robert Nasi
Robert Nasi, a scientist with the Centre for International Forestry Research (CIFOR), says bushmeat hunting in the DRC and across the Congo Basin is becoming increasingly unsustainable. “The main trends have been an increase in the number of animals caught, mainly linked to the increase in population in the region,” he said.

“There is clearly an over-harvesting in some places, so we can say that it is unsustainable.” This has consequences for both people and the environment, he says. “If the resource disappears, people will not be able to hunt and there will be a food shortage, there will be a protein gap somewhere. And secondly, many of the animals that are hunted have a significant role in seed dispersal, seed removal, so that that may trigger some change in the long term in the type of forest.”

According to CIFOR, Nasi suggests one solution would be to ban hunting of vulnerable species the gorillas and elephants while allowing people to hunt more resilient species, like small antelopes and porcupines. “As long as there is someone willing to buy, people will hunt, that’s what you see with any illegal trade.” 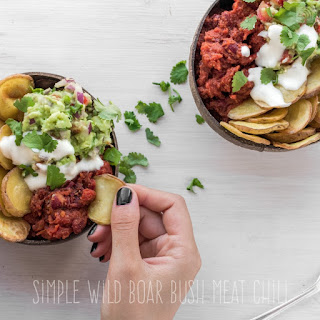 Directions.
Heat the oil in a large pot over medium heat. Place wild boar in the pot, and cook until evenly brown. Stir in onion, and cook until tender. Pour water into the pot. Mix in tomatoes, kidney beans, and garlic. Season chili powder, paprika, oregano, cayenne pepper, cumin, salt, and pepper. Bring to a boil. Reduce heat to low, cover, and simmer 1 hour. Serve with guacamole, shredded cheese and sour cream, crackers or chips and bread.
Facts About Animals of Africa