Kenya Samburu and Maasai tribes had de facto ownership of Eland Downs Ranch by virtue of living on the land for generations. However, Eland Downs Ranch was legally privately owned by former Kenyan president Daniel arap Moi who sold the land for $4 million to conservation charities thus began the forceful evictions of Samburu and Maasai families from their ancestral lands. 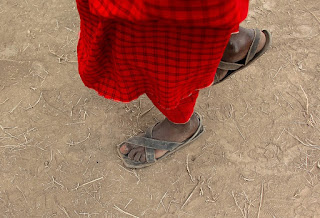 Which Is More Important, Kenya's Samburu and Maasai Tribes or the African Land

The conflict over natural resources across Africa is a serious issue. The Samburu of Kisargei in Kenya were on the losing end of the 17,100 acres Laikipia National Park (formally known as Eland Downs Ranch) land ownership dispute with the Nature Conservancy, and the African Wildlife Foundation and the Kenya Wildlife Service.

The Samburu were semi-nomadic pastoralists on the Eland Downs ranch. Cattle, as well as sheep, goats, and camels, are of utmost importance to the Samburu culture and way of life. The Samburu are extremely dependent on their animals for survival.

On November 11, 2011, 1,000 cattle and 2,000 sheep and goats of the Samburu livestock were impounded due to a violent dispute over land ownership with the Nature Conservancy and the African Wildlife Foundation who purchased the land and gave it as a gift to Kenya for a national park, Laikipia National Park. As reported by the Star Kenya on December 1, 2011, Kenya Wildlife Service officers guarding Eland Downs ranch were murdered and in return, an elder identified as Brian Lelekina was shot to death.


The Samburu legal case over the Eland Downs ranch was heard in the town of Nyeri on December 14, 2011, and the court ruled the Kenya Wildlife Service had secured legal registration of the land. The Samburu were forced to vacate the land after generations of living on Eland Downs ranch. The Samburu had no squatters rights ownership of Eland Downs Ranch, the Ranch was upheld legally as owned by former Kenyan president Daniel Arap Moi.

The Samburu of Kisargei were pitted against the conservation charities, the government and the former president, Daniel Arap Moi, who owned the land. The 17,100 acres Laikipia National Park or Eland Downs ranch was purchased from former Kenyan president Daniel Arap Moi by the Nature Conservancy and the African Wildlife Foundation.

Daniel Arap Moi who was in power for 24 years in Kenya from 1978-2002. Eland Downs had previously been part of the nearby 90,000 acres Ol Pejeta Ranch. The Ol Pejeta Conservancy is the Largest Black Rhino Sanctuary in East Africa housing Mount Kenya Wildlife Estate with homes for sale on the eastern corner, camps, and tours. The question remains in this case, which is more important the people or the land. 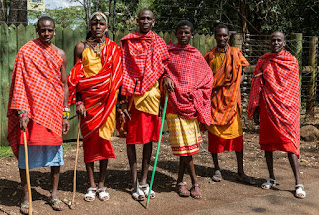