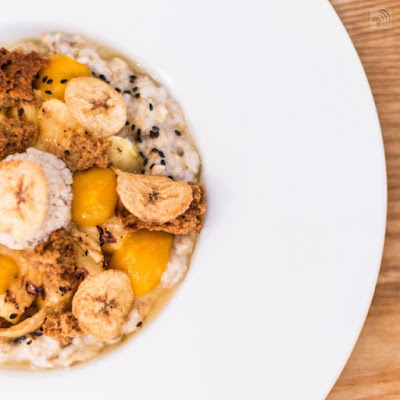 Couscous is a neutral favored dish that combines with just about every ingredient imaginable. No wonder it’s one of North Africa’s staple foods.

A dish so nice they named it twice, Kuskus or Couscous is actually pasta though it looks like rice. Kuskus is stocked in most grocery stores on the rice and pasta isles. Instant and non-instant varieties are available.

In a medium saucepan over medium heat, combine the milk, honey, and cinnamon. As soon as it comes to a boil, stir in the Kuskus. Turn off the heat, cover and let stand for 5 minutes. Stir in pineapples and top with sliced bananas. Serve warm for breakfast.

Couscous is pasta made from semolina flour.
Although couscous was traditionally hand-rolled, in modern times it's made by machines.