Many African islands are known as Turtle Island due to green sea turtles nesting on their beaches.

João Viera-Poilão Marine Park has the largest green sea turtle nesting site on the Atlantic coast of Africa. It is illegal to collect, harm or kill green sea turtles in Guinea-Bissau Africa. 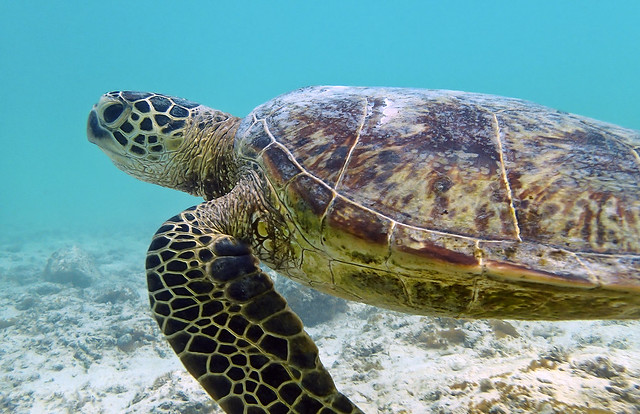 Guinea-Bissau is a small coastal West African country just to the South of Senegal where many indigenous African languages are spoken along with a unique dialect of Crioulo (Creole mixed with Portuguese and French).

Guinea-Bissau was once part of the Mali Empire known as Gabu. The Portuguese set up slave trade operations in the ports of Bissau and Cacheu on the coast of Guinea, the interior was not explored until around 1915 with heavy resistance from the indigenous population. The islands off the coast of Guinea-Bissau Bijagos Archipelago (islands) are 88 islands and islets of which 23 are inhabited.

The Bijagos islands are a Biosphere Reserve or internationally designated protected areas since 1996, with two National Marine Parks, João Viera-Poilão and Orango. João Viera-Poilão has the largest green sea turtle nesting site on the Atlantic coast of Africa.

Green Sea Turtles grow up to 1.5 meters (5 ft) in length and can weigh over 300 kg (700 lbs.), making them the largest of the hard-shell sea turtles.
Average life span in the wild is 80 or more years for green sea turtles.
Green sea turtles can stay underwater for up to five hours, but their feeding dives usually only last five minutes or less. 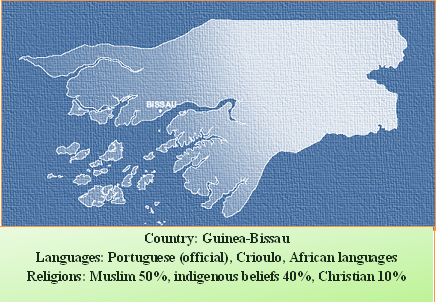