African food is real food you can make today.
Recipes for the heart, mind, and soul.

Spices give African cuisine it's unique flavor and character. 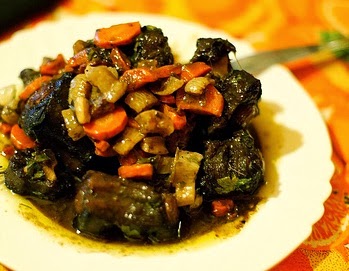 Add all ingredients except for meat in a large slow cooker and mix well, add meat and simmer on low for 9-10 hours or high 6-7 hours. Serve with white rice.