Tilapia is native to Africa. The fish tilapia and has become the second most popular farmed fish globally and one of the most traded seafood commodities.

Tilapia is the common name for mainly freshwater fish with nearly a hundred different species.
Eating fish makes you healthy in several ways. The Tilapia fish is a high-protein, low-fat food that provides a range of health benefits.

Historically tilapia has been of major importance to the everyday fisherman and small fishing businesses in Africa, and they are of increasing importance in aquaculture and aquaponics.
Tilapia fish is consumed as an affordable source of protein in poor rural communities as well as in affluent urban centers. In Sub-Saharan Africa, tilapia, in its various strains, is largely caught from traditional wild sources such as rivers, lakes, and dams.

In Africa, tilapia supports wage incomes of many African people and provides vital food security. Tilapia fish is still largely available from traditional freshwater capture resources such as rivers and lakes but today it is farmed.
Tilapia aquaculture production of tilapia has grown tremendously, at an annual average rate of 20 percent over the last decade, and is presently the top fastest growing aquaculture sub-sector. 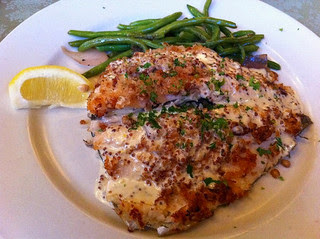 
Directions
Combine salt and pepper; sprinkle over fillets. Place on a broiler pan coated with nonstick cooking spray. Broil for 11-12 minutes or until fish flakes easily with a fork. Add remaining ingredients to a blender and puree. Serve sauce over fish with a salad or brown rice.

Make this recipe to serve with your tilapia What is Chutney