African Proverbs- May the ancestors impart knowledge to you

Proverbs of African people are the index of our lives. 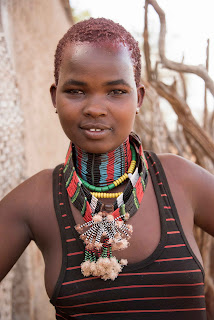 Proverbs from Africa contain the essence of moral truth and practical lesson; they are drawn from real life and are generally the fruit of philosophy grafted on the stem of experience.

African proverbs express the ageless wisdom of the African culture.

Those who derive fun watching lunatics, out to have one as a child or relation to know the pains of it.
A man who is trampled to death by an elephant is a man who is blind and deaf.
Don't look where you fell, but where you slipped.
One does not become great by claiming greatness.
Rain beats a leopard's skin, but it does not wash out the spots.

Clever sayings in the language of proverbs are passed down for generations in the African culture.

A fowl does not forget where it lays its eggs.
The fish that can see that its water is getting shallower, cannot be stranded.
The dog's bark is not might, but fright.
What forgets is the ax, but the tree that has been axed will never forget.
It is little by little that a bird builds its nest.

African traditions express wisdom in an interesting way through proverbs cherished throughout the world.

A loose tooth will not rest until it's pulled out.
Do a good deed and throw it into the sea.
Time never gets tired of running.
We are what our thinking makes us.
A good swimmer is not safe against drowning.