Steps used to cure meat; the two most common methods of curing meat are first the brine or sugar cure process and second the dry-curing process. The dry-curing requires considerable time to rub and salt the meat at different times while the only attention that is necessary for brine-curing is to properly prepare and pack the meat in the vessel and prepare the brine for it. 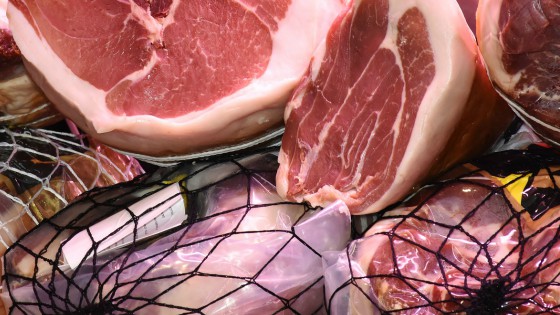 Preservatives
For curing the meat people usually uses salt, saltpeter, white or brown sugar or molasses. These are the necessary preservatives. The salt extracts moisture and acts as a preservative.

The sugar or molasses imparts a nice flavor and has a tendency to keep the muscle tissue soft in contrast to the salt, which has a tendency to make it hard and dry. So the salt and sugar have two distinct functions to perform, the one to harden and preserve, the other to soften and sweeten. 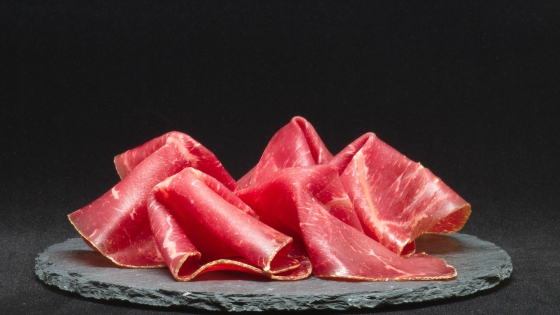 All formulas for the sugar brine cure are practically the same varying only a little in the proportions of sugar, salt and saltpeter.

The container should be scalded thoroughly. Sprinkle a layer of salt over the bottom and over each layer of meat as it is packed in, skin down. When full, cover meat with boards and weight down with a stone so that all will be below the brine, which is made as follows:

Weigh out for each 100 pounds of meat, 8 pounds of salt, 2 pounds of sugar (preferably brown) or 3 pounds of molasses, and 2 ounces of salt peter. Dissolve all in 4 gallons of water. This should be boiled, and when thoroughly cooled, cover the meat. Seven days after brine is put on, meat should be repacked in another barrel in reverse order. The pieces that were on top should be placed on the bottom. The brine is poured over as before.

This is repeated on the fourteenth and twenty-first days, thus giving an even cure to all pieces. Bacon should remain in the brine from four to six weeks, and hams six to eight weeks, depending on the size of the pieces. When cured, each piece should be scrubbed with tepid water and hung to drain several days before smoking; no two pieces should come in contact. For all curing always use dairy salt and not table salt, as the latter contains starch to keep it dry and this starch may cause the meat to spoil. If you carefully follow these directions, you will have delicious sugar-cured hams and bacon.