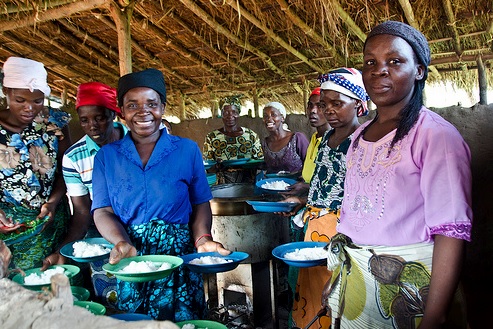 Boil chicken in about 3 cups of water in a medium saucepan. Boil until chicken is done; remove from saucepan. Add onion, chopped pepper, tomato paste, salt, and cayenne pepper to chicken broth. Cook for 10 minutes. Add a small amount of water to peanut butter to make a smooth paste. Add peanut butter and carrots to broth mixture and boil for 5 minutes. Add chicken and simmer for 10 minutes. Serve over rice or boiled potatoes.